Millinery. It's a word many haven't heard before, but if you're new to this world, we're very happy to have you. Women around the world can possibly recall a time when they wereyoung, and felt like a princess when wearing a plastic tiara or fairy crown. For many, that feeling can continue well into your adult years on a day at The Races. While the wearing of hats and crowns is increasingly on trend, no where else can you sport a head piece, head band or hat and fit in so well.

The history of millinery and headwear reaches as far back as the Ancient Egyptians, and seen an evolution through the years, passing through the Bronze Age of richly deocrated felt caps, the golden head dresses of Egyptian Pharoahs and leafy crowns worn by Ancient Greeks. For the most part, today's modern headwear started to take shape in the as far back as the 14th and 15th Centuries, as fashion started to become a storng part of culture.

Millinery started in mid-1500s London, where fashion material was imported from Liam to make hats and bonnets for women. This fast grew in popularity and a diversity in materials were used, including silk, velvet, leather and felt. 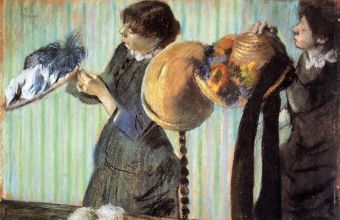 Like a lot of things in fashion, bigger soon became better, and hats became more and more embellished, prominent and on trend. It was a sign of popularity and aristrocracy to wear a hat, and soon, it was even deemed inappropriate for a woman to dare venture out of the house without a hat on!

When fashion broke out of its corset so to speak in the 20th century, hat etiquette evolved and styles divulged. From the boater, to the wide-brimmed and the straw sunhats, and pages were taken out of the fashion book's of 20th century royal icons like Elizabeth II and Princess Diana. 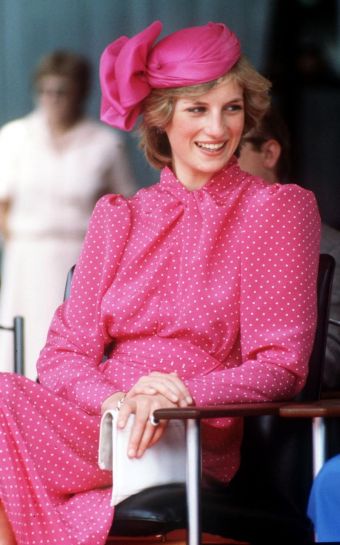 From simple sun protection, to one of fashion's most unique accessories, the hat comes in countless shapes and sizes, which is ideal for the modern fashions of a race day. Not everyone suits a big wide-brimmed felt hat, and certainly not everyone suits a big fancy fascinator with all of the bells and whistles. Millinery can be interpreted a number of ways, but one thing is common, it's essential to finish off any race day look.

We'll be bringing you plenty of millinery inspiration throughout the year, as well as some DIY tutorials for some make your own millinery, reccomendations on the best Adelaide milliners, and behind the scenes of how millinery gets made. We'll show you the best crowns, fedoras, straw hats, fascinators and headbands you can get.

We're excited to this year have the wonderful Sylvy Earl as our millinery ambassador for the competition. Sylvy creates stunning head pieces, headbands and hats in her studio in the Epworth Building, and you'll be able to check out her pieces along the way on the Fashion at The Races Channel 7 Ambassadors, Jessica Adamson, Rosanna Mangiarelli and Amelia Mulcahy as they attend events. Read more about Sylvy here!