ROYAL ASCOT: THE HISTORY BEHIND THE WORLD’S MOST FASHIONABLE RACING CARNIVAL 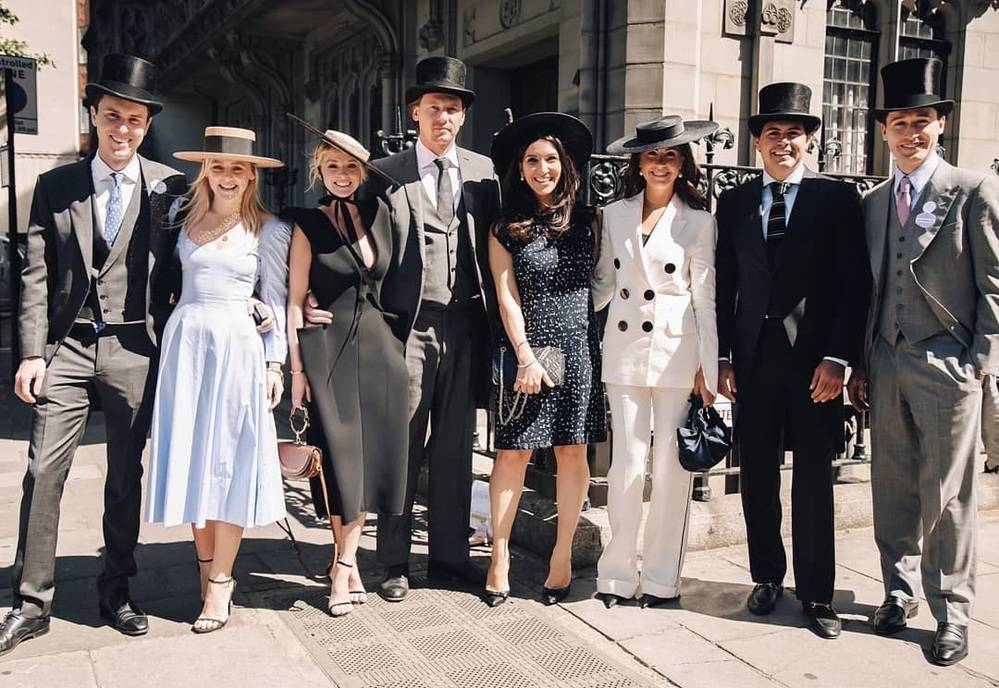 Royal Ascot is undoubtedly one of the world’s most prestigious racing carnivals. The five-day event has been running since the early 1700s, after Queen Anne rode on horseback from Windsor Castle and declared the field to be a fine place to hold a race. Steeped in tradition, a British monarch has attended yearly since 1825 – a rule which has remained unchanged, as this year Queen Elizabeth II began the Royal Procession in a Windsor Grey horse-drawn carriage, followed by a clutch of royals, including everyone’s favourite newlyweds the Duke and Duchess of Sussex.

Approximately 300,000 people attend the most valuable racing event in the United Kingdom, with eight Group One races and prizes close to $10 million. Keeping the Royal in Royal Ascot, the Queen stays across all details via Her Majesty’s Representative to ensure the event maintains its standards. Although the racing buffs come for business, Royal Ascot is a place for spectators, as its reputation for high fashion stakes and a notoriously stringent dress code commands international acclaim.

Royal Ascot is divided into four areas: The Royal Enclosure, which is invitation-only and was established in 1807 for guests of King George II, the Queen Anne Enclosure, offering champagne bars and elegant tea rooms, the new Village Enclosure boasting a DJ, live band and refined atmosphere, then the Windsor Enclosure. Moreover, the parking lot is perhaps one of the swankiest spaces, with a 100-year waiting list for a pre-race picnic amongst international royal families.

Featuring artisan food stalls, Champagne and Pimm’s bars and picnics, the more casual Windsor Enclosure certainly gives most general admission areas a new standard to strive for. The Windsor Enclosure frees guests from some constraints of Royal Ascot’s dress code, permitting women to dress in a manner suitable for formal occasion, with a hat or fascinator, while men pass in a jacket, shirt and long trousers. However, one can expect to be declined entry in a costume or wearing an item of novelty or branded clothing.

Royal Ascot’s famously strict dress code applies to its more exclusive spaces; you can expect to wear a modest knee-gracing dress, a hat or headpiece with a broad base (10cm or more) and absolutely no fascinators in the Royal Enclosure. Do not attempt strapless anything, or dare to wear a halter neck, spaghetti straps, a one-shoulder top or sheer straps. Straps must be greater than one inch, and while you may wear a jacket or pashmina, your straps underneath should be compliant, just in case the Pimms kicks in and you feel like slipping some skin for your Royal crush.

In a bold move, Royal Ascot permitted jumpsuits for the first time in 2017, recognising the attendants’ evolving tastes. The jumpsuits in question, however, must be full-length and not show any midriff. Another full-length option is a suit, but it should be to the ankle and of matching colour fabric. Overseas visitors may of course wear their formal National Dress or Service Dress.

One of Britain’s first fashion icons Beau Brummell dictated the male dress in the Royal Enclosure at the turn of the 19th century, where homage is still duly paid today. Colour is acceptable beyond the realm of the Royal Enclosure, where men are solely permitted to sport a grey or black morning suit, black shoes and a top hat. Suits worn in the other enclosures should always be of the same colour or pattern with a shirt and tie, socks, and definitely no cravat or bowtie.

At this year’s Royal Ascot held in June, the crowd was made up of prestigious guests including Queen Elizabeth II, Camilla Duchess of Cornwall, Meghan Markle Duchess of Sussex, and Princess Beatrice of York and Princess Eugenie of York, who both chose Sally-Ann Provan hats. Princess Eugenie’s boater hat is very much on-trend for Australia’s upcoming race days.

To the opening of Royal Ascot, Meghan wore a white Givenchy shirt dress belted at the waist, a structured monochrome Philip Treacy hat and black pumps. Her style twin of the week was Ciara at Ladies Day; the musician attended with her husband Russell Wilson wearing a white A-line dress with floating sleeves by Edeline Lee, a monochrome Philip Treacy hat and black Christian Louboutin pumps. Both looks made for a modern reflection of Duchess Kate’s long-sleeve lace Dolce & Gabbana dress with a matching cream Jane Taylor headpiece from 2016.

The Australians who made serious sartorial statements were the group hosted by our own racing legacies Tom and Hoda Waterhouse. Hoda’s it-girl sister Rey-Hanna Vakili wore a floral-printed dress by Alessandra Rich with a bold lapel and pleated skirt, belted at the waist. Highlighting her print, Rey-Hanna wore a Philip Treacy headband in hot pink with white Alexandre Birman sandals. Another notable guest Nadia Fairfax wowed in a black Toni Maticevski dress with structure accentuating her shoulders and hips, paired with Stuart Weitzman sandals, a Chloé bag and a boater-style hat tied under the chin by ELIEURPI.

Royal Ascot is frequently touted as every racing fashion aficionado’s dream ticket. The carnival is the epicentre of sophistication, befitting of a quintessentially royal affair. For your Royal Ascot fashion fix, you will find it in the 36-page 2018 Royal Ascot Style Guide produced in collaboration with Cunard – an infallible way to stimulate your Spring Racing inspiration.

Imagery via Hello Magazine and Nadia Fairfax Instagram from 2018. 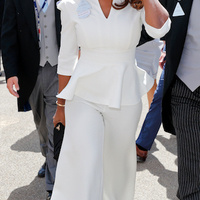 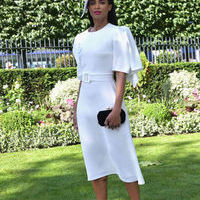 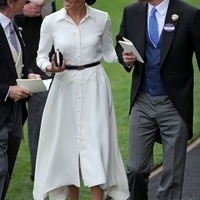 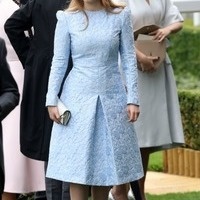 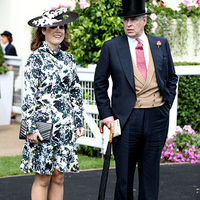 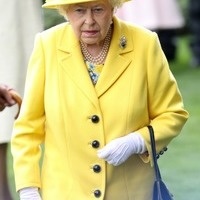 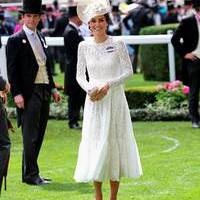 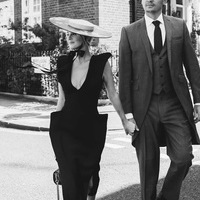 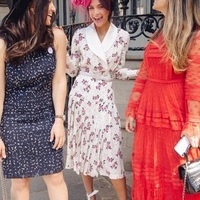 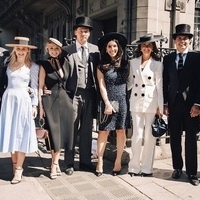