ROYAL ASCOT: INSIDE THE ROYAL ENCLOSURE WITH PHOEBE PHILLIPS 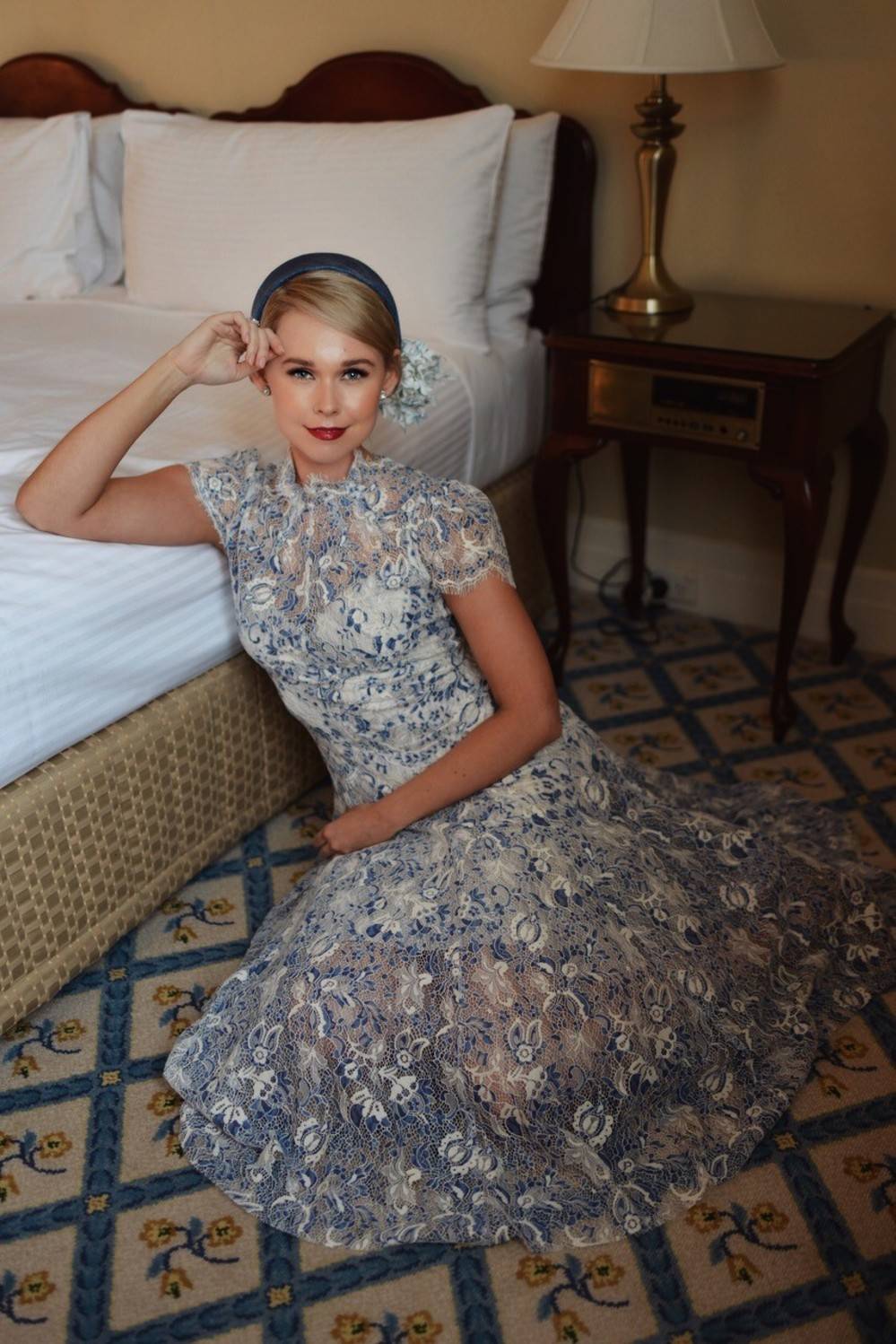 Royal Ascot. It takes just two words to send a shiver down the spine of every racing fashionista worldwide. The five-day carnival is held annually in Berkshire and is widely regarded as both the United Kingdom and the globe’s most prestigious event in racing and fashion. With a bevy of exclusive marquees and strict dress codes applicable, we sought a behind the scenes look into the regal affair. Model and thoroughbred racing enthusiast Phoebe Phillips debriefed FATR on her five-day wardrobe, beauty routine and trend predictions following her Royal Ascot experience.

While Phoebe dresses like a veteran racewear aficionado, her relationship with racing began just two and a half years ago. After returning from studying abroad for seven years, Phoebe attended Oaks Day at Flemington with her parents, who had recently bought shares in a few horses.

Their horse Miss Wonderland ran in the last race of the day, the G3 Red Roses. “It didn’t take long; by race 4 I remember so vividly looking over the enormous, vast beauty of Flemington, in absolute admiration,” Phoebe said. “I wondered what the hell I’d been missing out on!”

That was the day that changed the course of Phoebe’s life. “Eight weeks later I went along to the Magic Millions, Gold Coast Yearling sale, and bought my first share in a racehorse,” Phoebe said. “The fire continued to burn and over the last two years I have become part owner in nine race horses scattered over five high profile racing stables and have fallen into none short of an incredible racing community in Australia and internationally,” she said. “I moved to Melbourne 18 months ago, because I couldn’t be away from my horses any longer.”

Phoebe’s equine passion evolved into a deep love for the entire industry. “I became particularly fascinated by horse inspections and sales,” Phoebe said. “This year I’ve fortunately attended all the major sales in Australia along with Karaka, New Zealand, the Hong Kong International Sale and Goffs London Sale,” she said. “In addition, I attended race meetings in all these locations.”

Royal Ascot has been at the top of Phoebe’s mind since she was bitten by the racing bug and 2019 was the year to actualise her dream. “Through some influential racing connections, I was incredibly fortunate to have gained invites to several privileged events,” Phoebe said. “I have since put it on my calendar for future years as I expect to be a serial Royal Ascot attender from now on!”

Phoebe describes her experience as wonderful, inspiring, jam-packed and not for the faint hearted, beginning her first day at 8am in London. “I generally always do my own hair and makeup which takes about an hour,” Phoebe said. “I also allow additional time to put my headwear on,” she said. “Some are easier than others, but I prefer to make sure it is very secure.”

Leaving London at 10am, Phoebe arrived at Ascot at 11am, over three hours before the first race. “Upon arrival, I changed in to my heels, had some photos taken and then I attended a special event at 11.30am,” Phoebe said. “At 2pm I went to see the Queen’s procession as she arrived,” she said. “Race 1 began at 2.30pm and with numerous friends from around the world in town, I moved between the Royal Enclosure and other enclosures between races.”

“After the last race at 5.30pm, I went to the sing-along behind the grandstand which was such a wonderful experience,” Phoebe said. “This happens every day for about half an hour, lyric books are provided as the same songs are sung each day,” she said. “Everyone then makes their way to the ‘Car Park’, where parties are catered for from the back of cars; quite a unique experience really!”

Phoebe’s day finished at sunset as she ventured to Windsor at 9pm for dinner, followed by a face mask – a routine she repeated for the following four days.

Curating her racewear wardrobe in preparation for Royal Ascot was a three-month process. “I have fashion labels that I so fortunately frequently work with, and an incredible milliner, Chantelle Westlake of ‘Lauder Taylor Millinery’,” Phoebe said. “My milliner and I work extremely closely in choosing the outfits and designing hats and ensembles on the whole,” she said.

“If I wasn’t messaging her multiple pictures a day, I’d be at her workshop with print outs of all the options piecing each one together; we wanted to tell a story and so we played around with the order and choices quite extensively.”

The racing carnival is known for its fashion rules, which are at their strictest inside the premiere Royal Enclosure where Phoebe attended. “I particularly love that these exist as it demands a particular and unique standard of dress,” Phoebe said.

“The restrictions included dresses no shorter than knee length, fascinators not permitted, no midriff and no off-the-shoulder or one-shoulder outfits - these were all factors that came in to play when choosing my final outfits,” she said. “Some of my outfits did need minor alterations to conform to the rules and I wore slips under most dresses to make sure I had solid covering to my knees.”

In collaboration with her milliner, Phoebe designed her headwear to conform to these principles and created five pieces that would fit into one box. “I travelled with two suitcases, one solely for hats!”

Following Royal Ascot, Phoebe expects to see trends emerging in polka dots, pastels, tonal ensembles, 3D headbands and embellished hair clips across Australia during Spring Carnival. “The biggest millinery trends I noticed were 3D headbands/crowns and the bows that sit at the back of the head, however, being Ascot it was also dominated by your traditional feathery, floral summer hats,” Phoebe said. “The biggest fashion trend I noticed was women in pant suits, lots of bold red numbers and also plenty of pastels - blues and greens predominately.”

Phoebe did her own makeup and sported similar eye looks across the carnival, based on a nude shimmer lid and burgundy in the crease - both MAC pigments. “I used YSL All Hours Foundation which I swear by, as it’s one of the few foundations that looks natural but lasts for an entire day,” Phoebe said.

“Model Rock lashes, and for my lips I used a variety of Stila All Day Liquid Lipstick and a gloss over the top and YSL Rouge Volupte Shine,” she said. “I only ever took lipstick with me for touch ups - it wasn’t hot enough to get shiny and need powder as I normally would in Australia.

Once her hat designs were final and the necklines of the ensembles were thought through, Phoebe favoured her curling iron for creating hair styles both up and down. “Other things I take in to consideration when doing my hair is where the hat will be pinned in; I will often do a cross of pins on my head (where the clip then gets positioned) and then more pins to secure that into place.”

While the entire Carnival was extraordinary, Phoebe’s favourite moment was entering the parade ring with friends who had a horse running. “Experiencing Royal Ascot through the eyes of an owner was memorable, I was able to go into the parade ring where they get saddled and then walk through to the mounting yard,” Phoebe said. “There is a particularly special, electric energy being in this environment,” she said. “Their horse also ran a stellar race making the experience even that more exciting!”

In comparison to Phoebe’s other racing adventures, Royal Ascot is in a league of its own. “If you compare it to Australian Carnivals though it is completely different,” Phoebe said. “Here, there is much more of a social focus, whereas over there it is predominately about the racing.”

This month, Phoebe’s racing fever will take her on a seven race-day voyage throughout Deauville, France, York and Doncaster, UK and Baden-Baden, Germany for the yearling sales, and then home for Spring Carnival. “It is a much more relaxed racing atmosphere on these occasions, but still a fun project in itself organising it all,” Phoebe said.

When Phoebe is not at the track, you can find her exercising her creative flair on set. “I work in television and there is a budding project that I am starting on very soon, but I unfortunately can’t disclose particulars for confidentiality reasons,” she said. “Keep your eyes on my social media for announcements!”

FATR fans can follow Phoebe on Instagram @PhoebePhillips for more social snaps from Royal Ascot, as well as her glamorous global racing escapades.

The Quorn Cup is the final FATR qualifying event of the season. Keep your eyes on our Vote page to put your favourite forward for the People's Choice Winner. 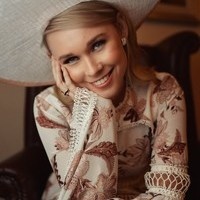 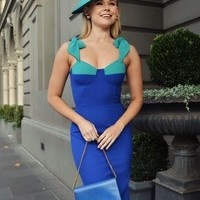 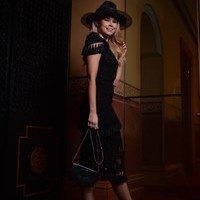 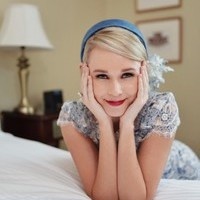 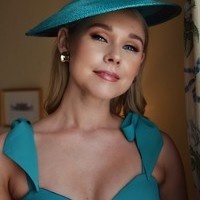 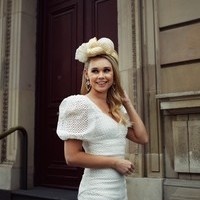 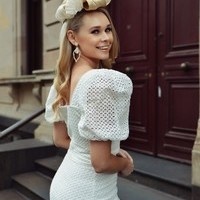 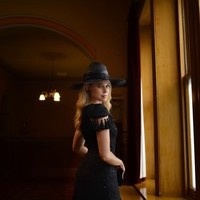 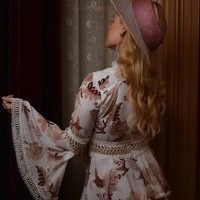 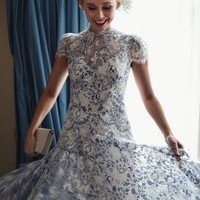