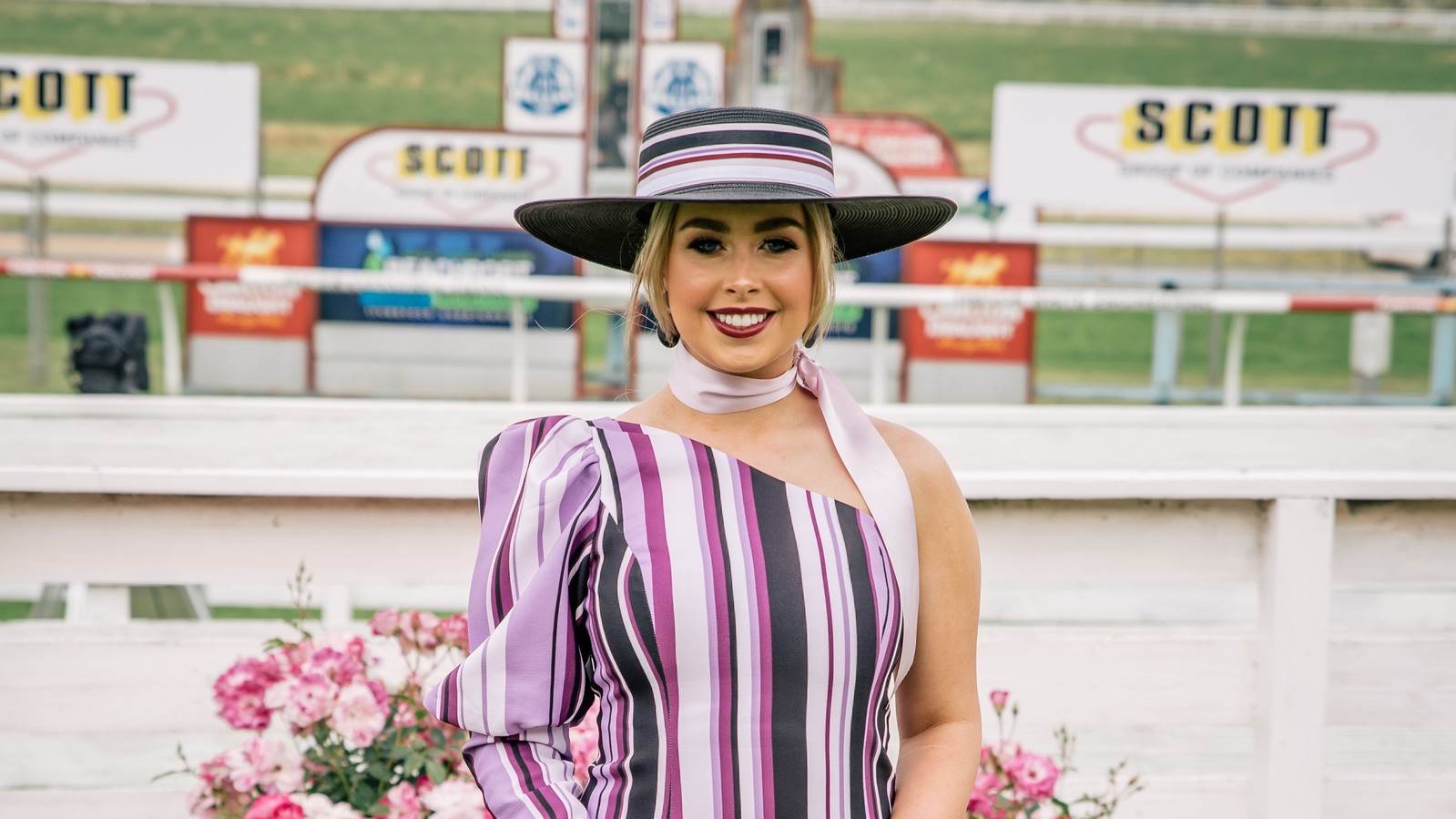 By being chosen as the public’s favourite, Brianna takes home a bumper prize haul worth around $9000 – making her frantic efforts on the eve of last December’s Mount Gambier Gold Cup well worth the trouble.

“I had a totally different vision in mind,” she said.

“I shouldn’t have left (donning the original outfit) until the last minute, because I absolutely hated it.”

With the help of her mum, Mandy, Brianna managed to pull together her winning outfit in just a few hours. It featured a dress from Mossman, earrings from Lovisa, millinery from Spotlight, shoes from ASOS and a bag from her local op shop.

“I had to work on the morning of the races too…” Brianna explained.

“In between work I was ducking to Spotlight to get last-minute things to put on this hat that Mum bought from Spotlight a few months back. She sort of sees things and buys them and thinks ‘Oh, we could use that for an outfit down the track’.

“And I’m so grateful she bought that hat. I basically had no outfit and I was like, ‘I’m not going’.

“But we pulled it together, so when they called my name when I was up on stage I just looked at Mum like, ‘No way, you’re kidding. We actually made this work’.”

“It’s an incredible prize – I’m in shock,” Brianna said this week, when she learned of the voting results.

“Now that I’ve slept on it, I felt like it’s a bit of a dream actually.

“I didn’t expect it, but I tried to campaign as hard as I could. I just kept advertising that you could vote and I made up little pictures with my interview that was in the magazine. I tagged my hairdresser, and my make-up artist and gave them a bit of a promo as well.

“I think people liked the idea of them potentially winning something as well. ‘If you vote for me, you could win too’.

“But there were so many beautiful women in that line-up, so it was anyone’s game.”

Like many others, Brianna and her mum have sorely missed attending the races in recent months.

“I can’t wait to get back to the track,” she said.

“It’s not the same sitting home watching it on your TV, it doesn’t have the same feel.”

Since 2012, the statewide search has given racegoers their moment in the style spotlight, from Kangaroo Island to Clare and everywhere in between. However, due to COVID-19 restrictions, TRSA’ Fashion At The Races season closed early, with public voting held this month.

A number of FATR events were cancelled and voting for the People’s Choice State Final Award was brought forward.